Adventures in the Visayas

Adventures in the Visayas 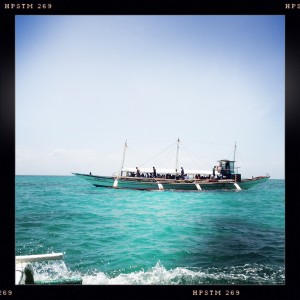 “Down! Down!” the fisherman yelled while pushing my head firmly down towards the floor of the little bangka. He was trying to keep his little boat alongside the outrigger ferry boat while passengers continued to clamber onboard for the transfer to the mainland and each time the boat bobbed in the waves, my head came close to an overhanging plank of wood and hence my need to duck. Finally the boat was fully loaded and we were chugging along over open water by diesel motor towards the barely existent dock of the town called Maya. Instead of a pier, passengers had to climb over a tumble of large rocks to get to land. I had just come from the port of San Isidro that morning and my final destination was the island of Malapascua so I then had to catch another little outrigger boat from Maya to Malapascua.

Malapascua or “bad Christmas” was named by Magellan and his men who thought themselves unfortunate to land here one stormy Christmas Day. The island lies off the northern tip of Cebu island in the Visayas sea. It is only one by three kilometres in size and had only a very small population of human residents up until twenty years ago. However it has found growing popularity as a diving destination since 1997, mainly on account of being one of the few places in the world where one may reliably encounter the rare thresher sharks. However, like Cebu, it is not well developed, the local population is largely impoverished and the only transport to and from the island is by diesel powered outrigger boats.

Below are some photographs I took underwater with my new camera. 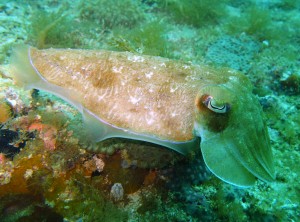 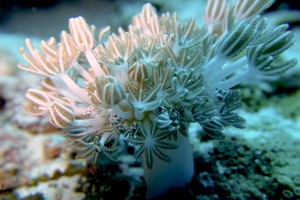 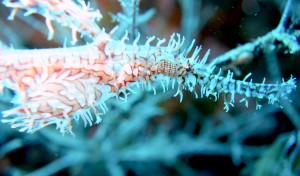 See the eye of this ornate ghost pipefish, a relative of the seahorse? 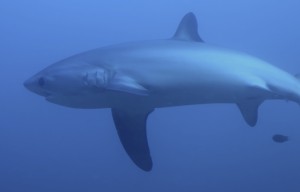 Close-up of a thresher shark as it passed within a few metres of my face. 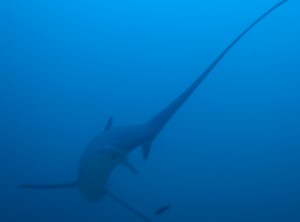 The long graceful tail is what gives thresher sharks their name.