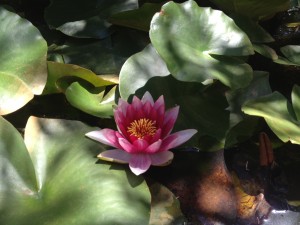 If you have come to this page, it is more than likely that you have read or heard the publicity about my successful civil action for workplace sexual harassment in the Victorian Civil and Administrative Tribunal (VCAT) in 2007. At the time, the VCAT result was published in newspapers around the country but overall caused only a small ripple in the media before being forgotten. What happened to me after was a story that only emerged when Sydney vascular surgeon Gabrielle McMullin gave an interview to ABC Radio National in which she used me as an example of why women in surgery were arguably better off to give in to sexual harassment than to fight it.

I did not know that Gabrielle was going to mention me by name on national radio before it happend. In fact, it was pure coincidence that I heard the interview on the ABC on Saturday 7 March 2015 as I don’t normally listen to the ABC on weekends. A dear friend of mine happened to call me up that morning and urged me to tune in to a segment on the ABC about sexism in surgery. As I listened to the radio, I realised with astonishment and horror that I was listening to Gabrielle and she was talking about me. As the days passed, this astonishment and horror was replaced by amazement at the public response.

It is true that my VCAT success has not benefited my career at all. In fact, it impacted so negatively on my career. that it nearly destroyed me professionally and personally. I learnt to think of it as my Pyrrhic victory. I didn’t want to leave my home city of Melbourne but I was blackballed and it seemed that many people were determined that I would be run out of town, if not out of the country. It forced me to dig deep to find the courage and strength to practice my profession in spite of all the obstacles that were thrown in my path. I pounded on every door I could think of to try to get someone to do something about my victimisation- including politicians, clergymen, senior doctors, government bodies and regulatory agencies- to no avail. I used to bristle inside when people glibly said “whatever doesn’t kill you will make you stronger” but I have to say that there is truth in that. By 2011 I had reached the depths of depression and despair and I learnt who my real friends were. At that point, I decided that it was pointless to keep bleating about the injustice of my situation so I resolved to just knuckle down and make the most of what I had. It was and still is a hard slog, to try to build up and maintain a solo medical practice with very little support from ones’ colleagues and plenty of opposition from people with a lot of power. It taught me humility but also self-belief. I know I succeeded only because of the support of my patients, who entrusted their care to me and recommended me to their family and friends. Until two months ago, only one patient had mentioned that she knew about my VCAT hearing. Now I have learned that many of my patients knew but were just too polite to say anything about it to me.

So I owe my deepest thanks to my patients, who really do mean everything to me. I would also like to thank everyone who has said or written words of support to me.  What I find most extraordinary is that the public outrage that Gabrielle triggered has been so vigorous that it has forced the Royal Australasian College of Surgeons to take some major steps to deal with sexual harassment within the surgical community. That is people power! If I could have one wish, it is that the College heeds Liutenant General David Morrison’s words “never waste a crisis” to create a better working environment for women who dare to aspire to be surgeons. As for myself, I may not have that big public hospital appointment and I really don’t think I will ever get it but I still have a satisfying job and I consider myself fortunate in that respect.